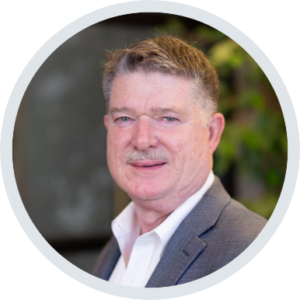 James R. Mayock is a founding partner with E&M Mayock, immigration attorneys based in San Francisco, California while serving a global roster of clients. He has practiced law for more than forty years, and has represented famous and infamous figures including Mikhail Gorbachev and Boris Yeltsin. Mr. Mayock has also handled cases of political asylum including Pavlo Lazarenko, the former Ukrainian prime minister.

Mr. Mayock studied political philosophy at the University of Toronto, then returned to the United States to attend law school at Indiana University, Bloomington’s School of Law. He subsequently clerked for a prominent senator in St. Croix in the Virgin Islands and there, met Thomas Elliott, who was to become his partner in the formation of E&M Mayock. It was in the Virgin Islands that he also developed a passion for sailing.

At the age of 14, Mr. Mayock attended Phillips Andover Academy boarding school, which graduated both president Bushes and Jeb Bush. He holds a Bachelor of Arts degree from the University of Toronto, and a Juris Doctor from  Indiana University.

This website uses cookies to improve your experience while you navigate through the website. Out of these, the cookies that are categorized as necessary are stored on your browser as they are essential for the working of basic functionalities of the website. We also use third-party cookies that help us analyze and understand how you use this website. These cookies will be stored in your browser only with your consent. You also have the option to opt-out of these cookies. But opting out of some of these cookies may affect your browsing experience.
Necessary Always Enabled
Necessary cookies are absolutely essential for the website to function properly. This category only includes cookies that ensures basic functionalities and security features of the website. These cookies do not store any personal information.
Non-necessary
Any cookies that may not be particularly necessary for the website to function and is used specifically to collect user personal data via analytics, ads, other embedded contents are termed as non-necessary cookies. It is mandatory to procure user consent prior to running these cookies on your website.
SAVE & ACCEPT
Go to Top